January 4, 2021 (Easley, SC) –  First Community Bank is pleased to announce that Will Cheatham has been promoted from Commercial Banker serving its Gilbert and Red Bank offices to Senior Market Executive serving its Easley and Powdersville offices.

With more than 14 years of banking experience, part of which centers around serving businesses local to the Upstate, Will is the ideal candidate to champion the bank’s presence in the Easley and Powdersville communities.

“We have been fortunate to have Will on the First Community team for more than a decade, and we are excited that he now has the opportunity to return to his Upstate roots,” said Ted Nissen, First Community Bank Executive Vice President and Chief Commercial and Retail Banking Officer.

Will is highly engaged in the community and is an active member of several Midlands-based non-profits, including the Lexington Chamber of Commerce, Lexington Race Against Hunger and Mission Lexington, where he serves as President and Chairman of the Board.

A graduate of Anderson University, the RMA Commercial Lending School and the South Carolina Bankers Association’s Bankers School, Will began his career with First Community in 2008 as a retail banker serving the Lexington community before moving to the role of Commercial Banker in 2013.

Will’s transition to Easley Market Executive comes as Susan Jolly, the Senior Commercial Banker serving the Easley and Powdersville communities shifts to a part time role as she looks toward retirement.

“After advocating for Upstate business for more than 21 years, Susan has more than earned her retirement,” said Trey Warner, Greenville Market President. “We are so thankful to have Susan staying on a bit longer to pass her wisdom and expertise on to Will as he joins us in supporting our Upstate communities.”

Will’s addition to the Upstate team reflects the latest investment in the region, however, since entering the market in 2016 through the opening of a loan production office, the bank has increased its focus on the Upstate by growing its team, supporting community events, welcoming the customers of Cornerstone National Bank and opening an office in the heart of downtown Greenville. In addition to the downtown and Easley offices, the bank operates offices in Powdersville and in Greenville on Farrs Bridge Road. 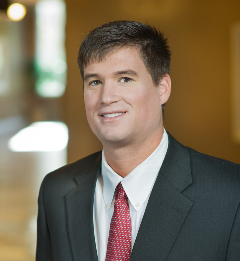